Teaming Up with Amy's Army to Fight Cancer

In September of 2017, Amy’s Army of Cancer Warriors hosted their inaugural Climb to Conquer Cancer Cycling Event (C3) to help raise money to fight cancer. As a part of the event, the Amy’s Army team wanted something to set their charity ride apart from similar events, so they created two awards categories for those racers who could complete the Libby Hill portion of the race the fastest, but they needed an affordable, efficient way to track racers times.

Without CapTech’s innovative approach of using Strava to time the hill climbs, showing the results real time on large screens, we would not have had the “wow” factor that made this event an incredible success. 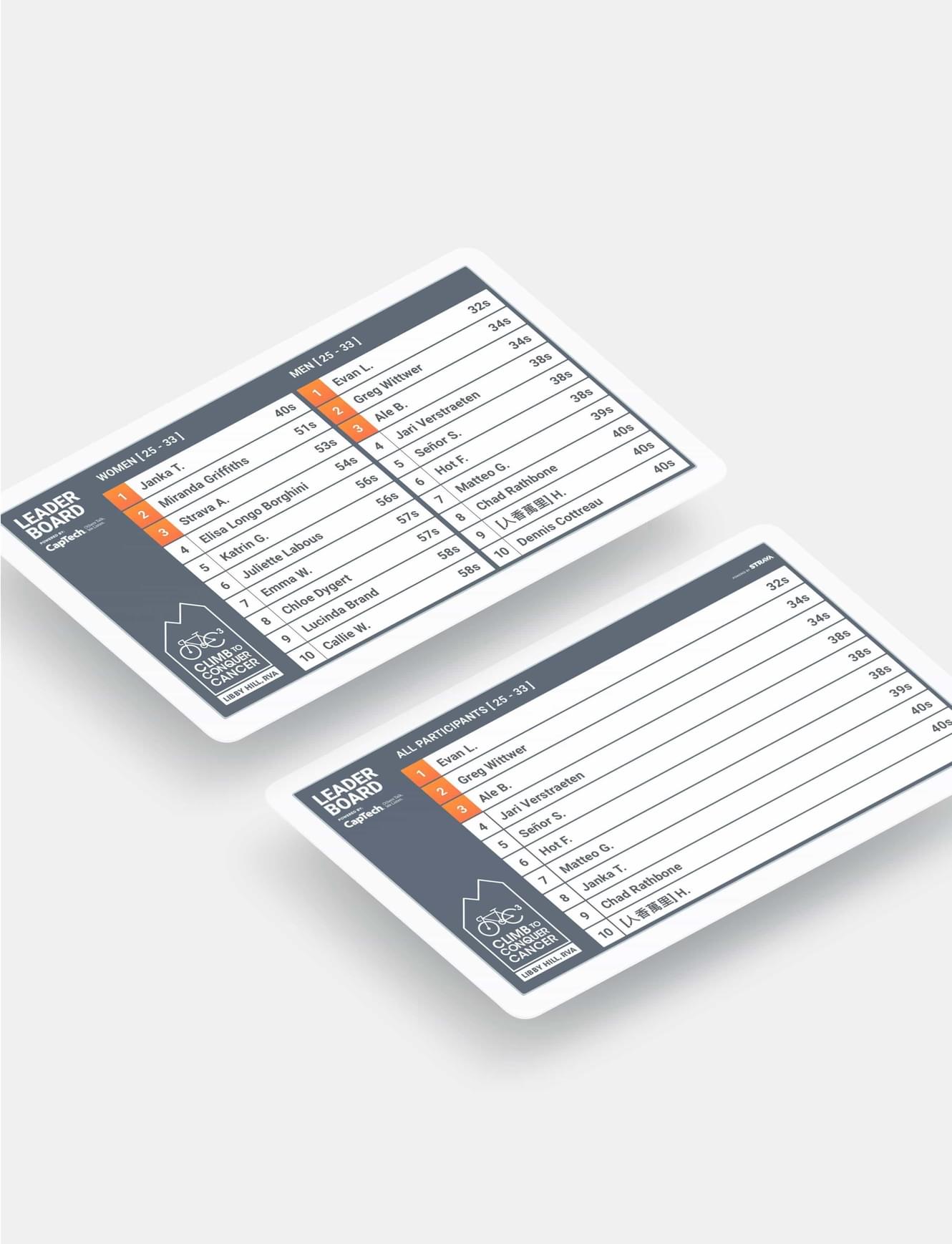 Climbing Hills For a Cause

The race offered cyclists of all abilities the opportunity to ride the infamous cobbled climb of Libby Hill, which was the major feature of the Richmond UCI 2015 World Championship course. There were 143 different cyclists who rode over 6000 combined miles during the race.

On race day, the custom solution calculated the average of a rider’s 2 passes over the Libby Hill segment and displayed their results on one of three different content displays.

CapTech has a strong cycling group, and nearly every one of the twenty CapTechers who participated in the project was a cyclist themselves. CapTech Manager, Kent Pruett said, “It was fantastic to merge our personal cycling passion along with our professional skills to deliver this solution. Not only that, but it’s exciting to play a part in something that created value for a non-profit who is doing good things for cancer research.”

The Southeastern Pennsylvania Transportation Authority (SEPTA) installed new, real-time modems on all of their 3000+ vehicles, buses, trains to provide location information every 30 seconds. But their existing mobile apps were not equipped to handle or deliver the new data generated by these devices.

SEPTA wanted to enhance their mobile experience by leveraging this new real-time data, increasing their resiliency, and upgrading their user experience (UX) to compete with other transportation options.