Former professional golfer, Roberto Castro, recently joined CapTech as a Director, supporting efforts to grow our business, particularly in the sports industry. Roberto will be responsible for expanding CapTech’s golf and sports practice by connecting sports organizations with technology solutions.

Prior to joining CapTech, Castro’s 15-year professional golf career included 9 seasons on the PGA Tour with appearances in 2 Tour Championships, 2 Masters, and 6 US Opens. His career began when he was recruited to play for the Georgia Institute of Technology, where he earned a degree in Industrial Engineering. During his time as a student athlete, Castro was named co-recipient of the 2007 Byron Nelson Award as the outstanding senior golfer in Division I, and one of the 2008 NCAA Top VIII Award recipients, recognized for athletic success, academic achievement, and community service. Castro retired in 2021 and started his own golf consulting agency with his brother, also a former golfer. He is currently the host of a golf business-focused podcast, Course Record Show.

“I am excited to join the CapTech family. Throughout my career, I have had the opportunity to work with numerous world-class organizations. CapTech stands out as a leader in the sports space for its innovation and commitment to giving back to the community. The technology CapTech has developed is changing the future of sports and I see a clear path for continued growth,” said Castro.

Roberto has been instrumental in the success of CapTech's PinPoint Challenge™. See him in action in the video below. 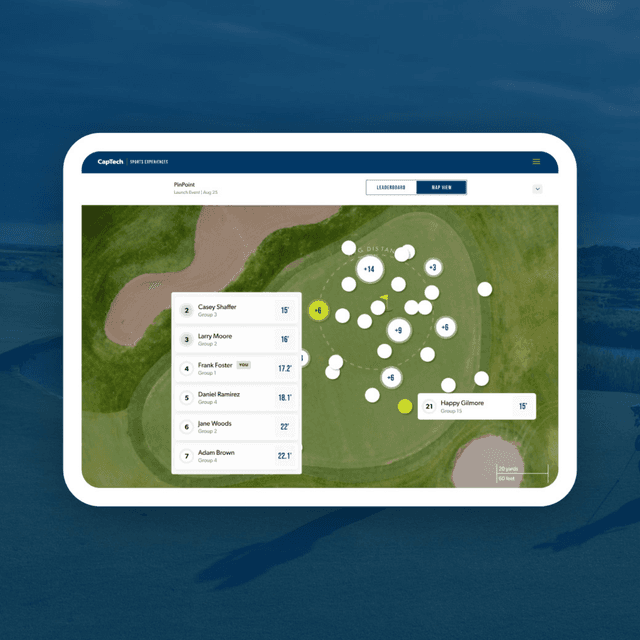 Changing the Game with PinPoint Challenge™